Meet the Cellists and Bass 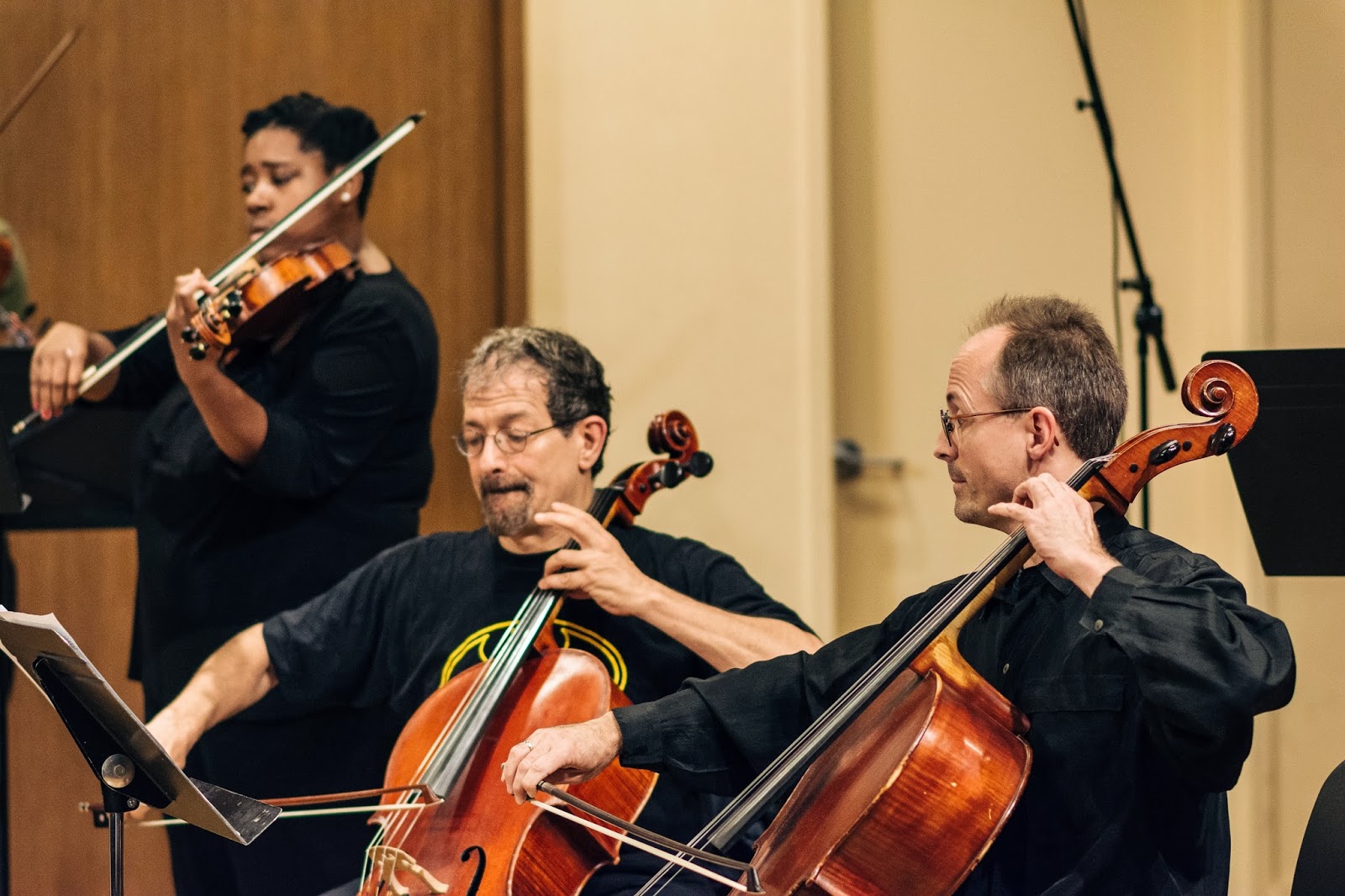 Jonathan Velsey
A native of Washington, D.C., cellist Jonathan Velsey has performed both at home and abroad as an orchestral, solo and chamber musician and has been an active freelancer in the greater Washington area since 1996.  A former Associate Principal cellist of the Maryland Symphony Orchestra, he has played with most of the capital region’s orchestras, including the Arlington, Alexandria and Fairfax Symphonies.  From 1993 to 95, he played in the Natal Philharmonic Orchestra in Durban, South Africa, also performing in critically acclaimed solo and chamber recitals.  He has been a member of the Adelphi String Quartet, the Rococo Chamber Ensemble and the Friday Morning Music Club.

Jonathan has a B.A. from Bard College and a Masters in Music from Northwestern University.  His principal teachers include Judith Shiffers, Luis Garcia Renart and Hans Jorgen Jensen.  He has also studied with Carla Rosenberg, Andre Emelianoff, Gary Stucka, Glenn Garlick and David Hardy.  Jonathan is currently teaches orchestra in Arlington, Virginia, at Thomas Jefferson Middle School’s IB program.  He lives in Takoma Park with his wife family.

What's your musical philosophy?
“Music is my way to keep connected to people and to be closer to my community as well as a great stress-buster!  I love living in Takoma Park and hope our new ensemble is able to entertain, educate and engage our unique collection of people!”


David Zelinsky
David grew up in Chicago and started studying cello at age 7.  His main teachers were Joseph Saunders, Dudley Powers, Gabor Reijto and Frank Miller.  He has played with some great conductors, including Leonard Slatkin and Sir Georg Solti.  As a chamber musician, David performed with the Hawthorne String Quartet, and has had coaching fromYo-Yo Ma and members of the Fine Arts and Vermeer Quartets.  As a student, he participated in the Aspen Music Festival, and Interlochen Arts Camp.

In the orchestra at Chicago's Arie Crown Theater, he performed in Broadway touring productions with the likes of Richard Burton (Camelot), Yul Brynner (King and I), Angela Lansbury (Sweeny Todd), and Liza Minelli (in concert).  Locally David plays with the Apollo Chamber Orchestra, Opera Camerata of Washington, the Landon Symphonette and The McLean Orchestra; and in recitals at the Strathmore Mansion, Sumner School Museum, and Dumbarton House.  David lives in Takoma Park.

What is your musical philosophy?
To me, music is the confluence of the two distinct aspects of the human mind: logic and emotion.  The structure of the music captivates us, while the emotion makes us soar.  For performance, there is much to be understood, analyzed and perfected.  If that were all, computers could replace musicians.  But a performance is empty without emotional input, which is easy to recognize but impossible to define.

Tell us about a memorable musical experience
I was an undergraduate at Caltech, which had no music program but had a cooperative arrangement with nearby Occidental College. OC's strength was in composition, not performance, so the orchestra was small and not very good, comprised mostly of science and engineering students from Caltech.  My musical studies were elsewhere, but I played with them out of a sense of obligation.  The composition faculty had connections, and once they got Aaron Copland to visit, and he conducted us in a rehearsal of Appalachian Spring.  Mr. Copland was very gracious, self-deprecating, and funny ("Who wrote all those difficult notes, anyway?") and full of stories.  Playing such iconic music with the man that wrote it was one of the more inspiring experiences I've had.